In 2017 Pepsi launched a campaign, “Live for Now – Moments,” to position the company as a millennial-friendly brand. The commercial was created to reach millennials and share a global message of unity, peace, and understanding. Kendall Jenner, a well-known model and an influencer, was featured in the advertisement. During the commercial, Jenner joins the protest and eventually approaches an officer who is standing and watching over the demonstrators. She hands the can of Pepsi to the officer, and the crowd erupts in applause as he takes a sip. The ad was quickly pulled after being met with widespread condemnation, with critics accusing the organization of appropriating a nationwide protest movement to sell soda. In this blog post, I would like to reflect on the ad’s poorly conducted influencer marketing strategy that added to the social media backlash, resulting in a decline in millennial purchase consideration and brand reputation damage.

According to Freberg et al. (2011), social media influencers (SMIs) represent a new type of independent third-party endorser who shapes audience attitudes through blogs, tweets, and the use of other social media. Many organizations have utilized social media influencers as their marketing strategy to broaden their contact points with consumers and empathize with them (Ryu & Han, 2021). Pepsi is a brand that is known for its long history of great collaborations with celebrities and influencers. They created successful campaigns with David Beckham, Christina Aguilera, Britney Spears, Michael Jackson, to name a few.

The creators of the “Live for Now – Moments” campaign chose Kendall as the face of the campaign because they were trying to reach millennials. As Ryu & Han (2021) explain, influencer marketing is vital when targeting millennials because they prefer to communicate through social media channels. Kendall, a pop culture figure with a massive following on social media, primarily millennials, seemed like a perfect choice. However, the public relations professionals failed to anticipate their key publics’ reaction to the ad. Millennials were furious with the commercial that was created for them in the first place. According to commentators on social media accused Pepsi of appropriating imagery from serious protests to sell its product, while minimizing the danger protesters encounter and the frustration they feel. The ad’s climactic scene was completely opposite of what real-world protests look like. The campaign creators did not effectively apply excellence theory and environmental scanning proposed by Grunig (2006). According to Grunig (2006), every organization should bring an outside perspective to strategic decision-making by scanning the environment and identifying the public who might be affected by organizational decisions. Furthermore, he underscores the importance of listening to the public and engaging them instead of solely using a one-way communication model to disseminate the information. The excellence theory would have helped public relations professionals better understand the wants and the needs of the strategic public. Additionally, by applying the environmental scanning, the public relations professionals would better evaluate whether the campaign and influencer fit the intended message. Just because Millennials follow Kendall Jenner on social media, that does not mean they wanted to see her in the campaign promoting peace and unity, especially since the campaign invoked a Black Lives Matter protest.

Clardy (2012) explains that reputation consists of cognition and affective or evaluative judgment of the organization. Cognition would imply factual information (what we know about the brand), while the affective aspect entails how the stakeholders evaluate the brand. Moreover, Clardy asserts that different audience groups would perceive the reputation of the same organization differently. By using Clardy’s model, public relations professionals would be able to better evaluate Kendall Jenner’s reputation in order to conclude whether she is a good fit for the campaign. As for the cognitive aspect of reputation, Kendall Jenner is an American model, socialite, and media personality who became famous in the reality television show Keeping Up with the Kardashians. According to Forbes, Kendall was the highest-earning and most-followed model in 2017. She uses her social media to promote her career and endorse fashion brands such as Longchamp, Reserved, Adidas, and brands owned by her sisters. However, the public perceives Kendall as a privileged white woman born into the reality family, which enabled her an easy ticket to fame. Kendall has faced criticism from established supermodels like Naomi Campbell, as well as the general public. In terms of social responsibility, Kendall is not using her social media to talk about social issues, nor does she partner with any organizations to advocate for justice, equality, or peace. Therefore, being highly visible on social media channels through her massive following, did not guarantee that Kendall Jenner would be a good fit for the campaign.

In conclusion, although partnering with influencers may help companies gain trust and reach an intended audience, the influencer must be relevant to the campaign. Featuring Kendall Jenner, a white female born into a privileged family who promotes fashion brands rather an activism on her social media channels, as a face of the campaign promoting justice and peace fueled the publics’ dissatisfaction. Kendall Jenner was not credible or trustworthy to promote the narrative the campaign was allegedly trying to convey. 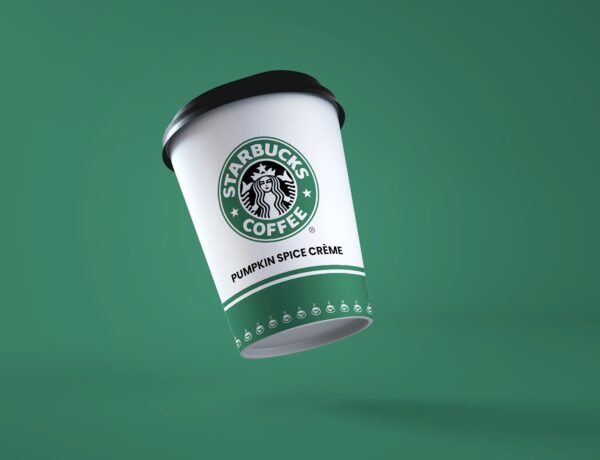 Starbucks is Entering the Web3 Era

Has the time come to BEREAL?